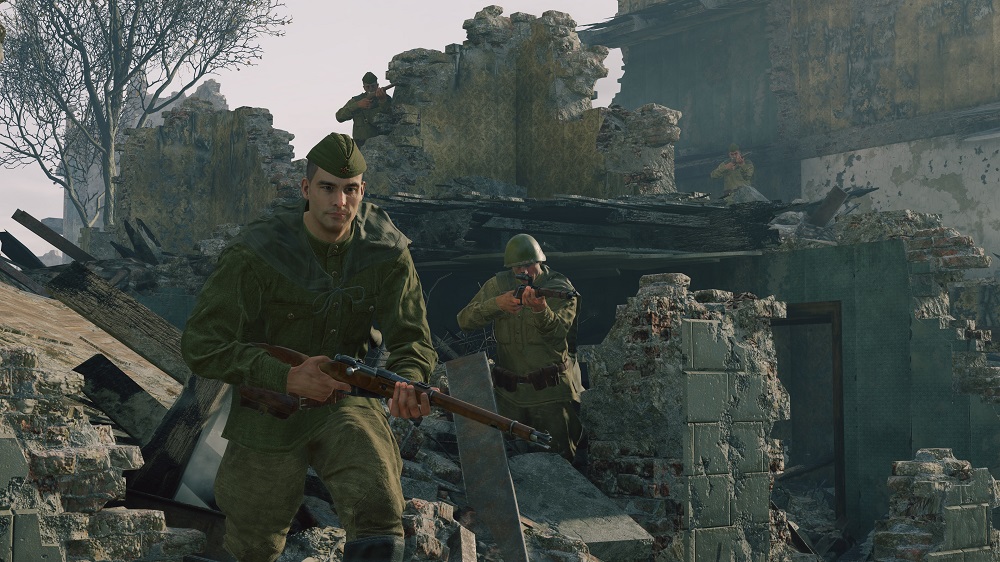 After the recently aired test “Battle of Berlin” we received a lot of your feedback about the character’s ‘sense of movement’. It meant that it was felt that it was too difficult to control a soldier and that their movements were sometimes not that realistic. We have analyzed the movement process and understand the essence of the problem - inertia.

It is difficult for a running person to stop instantly. In real life we don’t notice this fact because we slow down before a full stop. The physics of movement in Enlisted are also based on the principle of inertia. But your character (soldier) that you control cannot anticipate when you want to stop and has to immediately slow down after the command to stop is given, often overshooting a covering item like a sandbag or not remaining behind a building corner.

We investigated the character’s inertia in various games from various genres, evaluated the data and came up with the solution to reduce the impact of this characteristic in Enlisted. We have increased the responsiveness to the teams in our other project - Cuisine Royale and already received many positive reactions of this change. We hope that you will see similar changes in Enlisted in the next test. And we will continue for sure to talk about how your feedback helps us to make Enlisted even better!