Berlin - the start of open beta!

We are happy to announce the end of the closed beta test of our third Enlisted campaign - the Battle for Berlin! We can now welcome all players to fight for the heart of the German capital. We want to give a huge thank you to the participants of the CBT that helped us to prepare the most epic campaign in the game so far!

With the arrival of this update, Battle for Berlin progress is unlocked for all Enlisted players. Reach new levels, upgrade squads and soldiers, and fight!

To prepare for the Berlin OBT, we have expanded the choice of squads, weapons and vehicles for additional 11 levels. You now have access to flamethrowers, powerful automatic weapons and modern fighters in the skies like the Bf109 G-10 and Yak-9T.

The Berlin campaign will keep expanding and you will have even more weapons, squads and vehicles to unlock for each side of the battle. To make this process faster, you can utilize the new premium engineer squads, earning +100% xp points towards campaign progress. 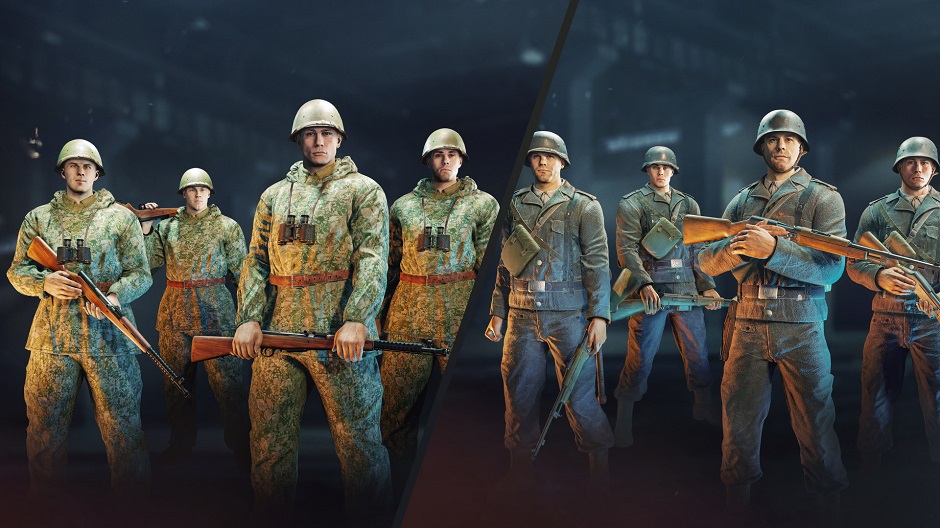 Each premium squad soldier is equipped with unique weapon:

A Polish semi-auto rifle with powerful ammo, bringing it close to damage output of some of the bolt-action rifles in the game,  featuring a 10-round magazine.

Second season of the Battle Pass

The new season starts today and will give you many new prizes: unique weapons, soldiers, vehicles and much more!

In the Berlin campaign you already had access to eight missions in different game modes, and with the launch of the OBT you can now fight in brand new ones as well:

The most attentive CBT players have noticed this large building during the Spree river bridge crossing. Now it is time to go inside. Though the building itself did not survive into our times, you can still see it in the new missions of the Berlin campaign. This is the location where the Wehrmacht will go on the counter-offensive in the “Invasion” mode, where it will be the Red Army holding their ground and defending at this strategic location.

To get the scale of the building - just hear the clamping of the tank caterpillars. The train station was large enough to use armored vehicles inside! Apart from large platforms with stationary locomotives, those who like covert maneuvers will find a lot of administrative buildings to use as cover.

The station is also used in the “Assault” mode. See you at the station, make sure to bring your tickets!

All participants of the Battle for Berlin CBT will get a special forum badge award.

New squads have been added to the “Battle for Berlin” campaign:

Gameplay and other changes