“Invasion of Normandy”: Soldiers and weapons

Continuing the series of devblogs for the “Invasion of Normandy” campaign. We have already talked about the battlefields and now it is time to introduce you to the participants in the battles.

The appearance of the soldiers is an important detail in Enlisted. On the beaches of Normandy we will meet the soldiers of those divisions that actually took part in this historic battle. We are also paying attention to their weapons. In the following text you will see descriptions of some of the squads and also examples of their equipment that you are able to use during battle. 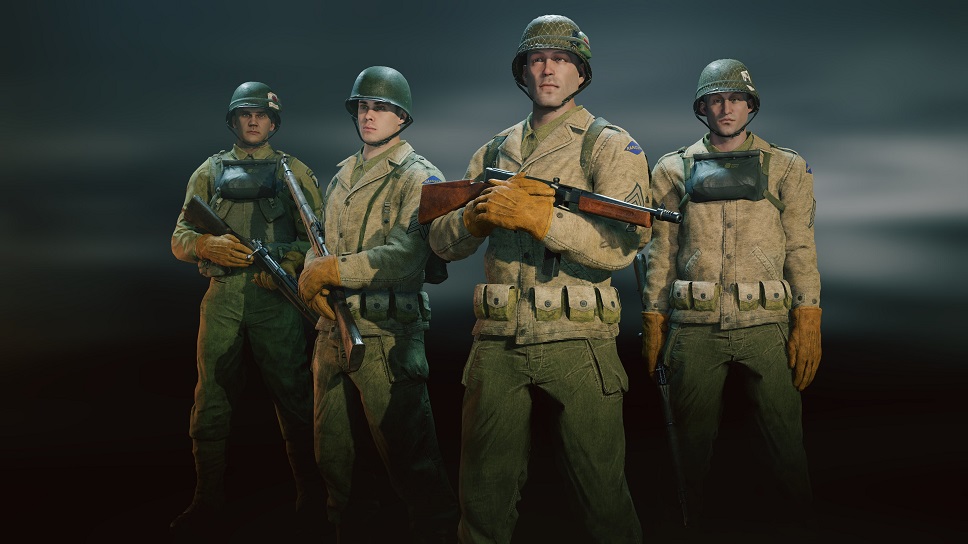 M1A2 Carbine — a modification of the American semi-auto rifle, featuring adjustable sight to significantly increase fire efficiency. This sight was installed on a limited number of carbines.

M1928A1 — the Thompson submachine gun with a 100 round feed drum! The advantages with this type of ammo feed was obvious in long firefights, regardless of the increased weight and reduced comfort in use.

MP 35/I — a modification of the MP 35 submachine gun with a longer barrel to provide higher initial bullet speed, in comparison to the basic model.

MKb.42 (H) — a development from the Haenel company, an early prototype of the first serial assault rifle in the world — the StG 44. Features a mount for ZF-41 optics.

Sturmpistole — the most quintessential modification of a German signal pistol, featuring a special sight and a folding stock. This pistol was able to fire Panzerwurfkörper 42 anti-tank grenades!

This is a tiny part of weapons and equipment in development for the ‘Invasion of Normandy’ campaign. Stay tuned for the upcoming devblog about US and German armored vehicles!