The available weapons, vehicles and supplies in Enlisted will match the stages of the war and the battles in which you will be involved. Near Moscow, fighting with light tanks and automatic weapons were the tools of the trade for selected squads, but at the end of the war all parties had more modern vehicles and weapons.

We are very serious about recreating these details in the game and want to tell you which tools of war will help you in the battle for the Reich Chancellery during the next open test.

For the final battle, the participants fielded the best vehicles that were available at that time. Technology that was proven in battle, the T-34-85, the powerful IS-2, the formidable Panther G and the mighty Tiger II. 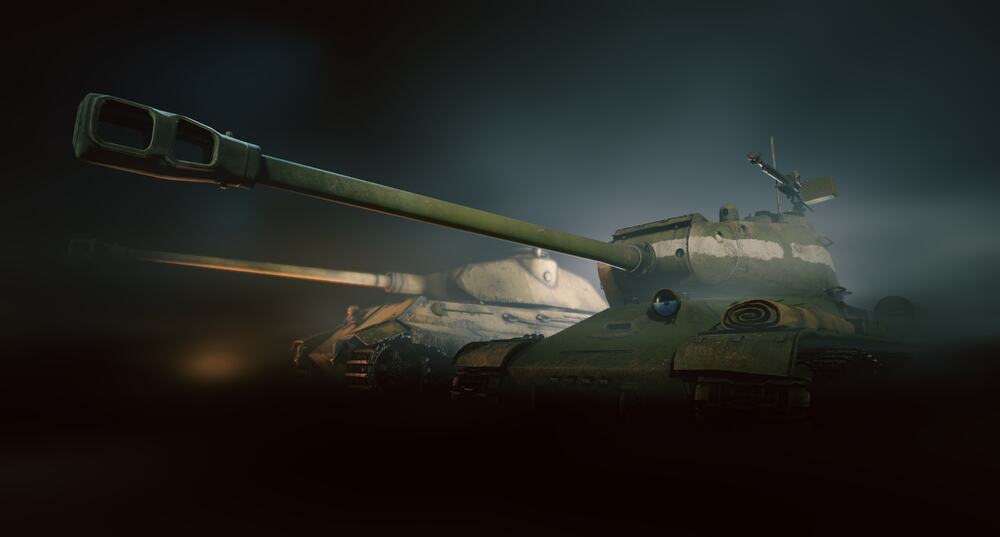 Tanks will help your comrades make their way with greater confidence through the fortifications along the narrow streets of the German capital. In this environment, vehicles are vulnerable, so no matter how thick the armor may be, try to cover your tankmates.

At your disposal are tank crews for which you can select the ground vehicle. To get the most powerful tanks you need first to research them. During the test this process will be significantly accelerated.

In this test stage your vehicle will be able to choose between 2 types of main shells - AP and HE. You can switch between them but you will need to fire off an already loaded shell, like it was done in reality.

We plan to make Enlisted a large-scale military simulator this is why it will not be possible to do it without aviation, an important participant in many battles. 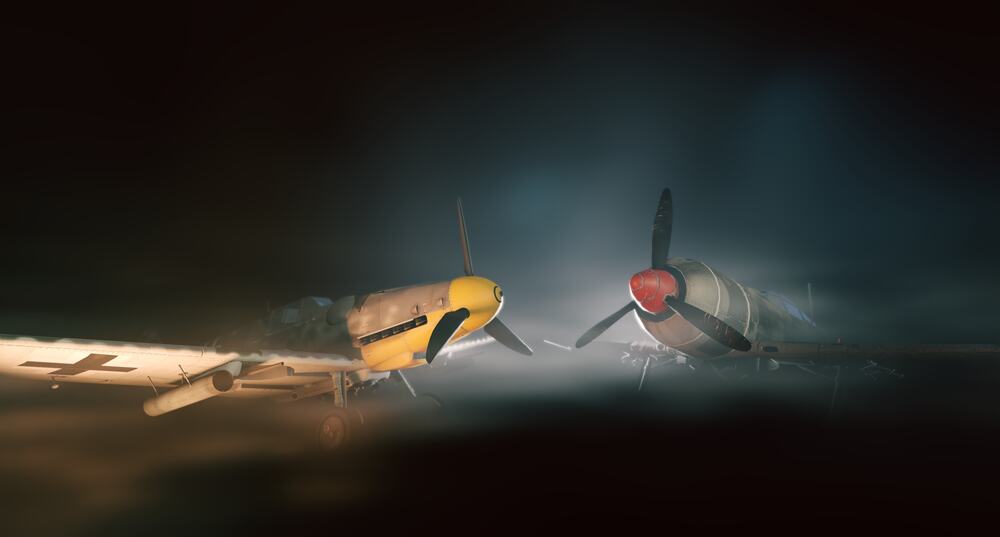 In this test the aircraft are not yet ready to fly into the sky, but you can appreciate some of them in the hangar. Follow the development news! 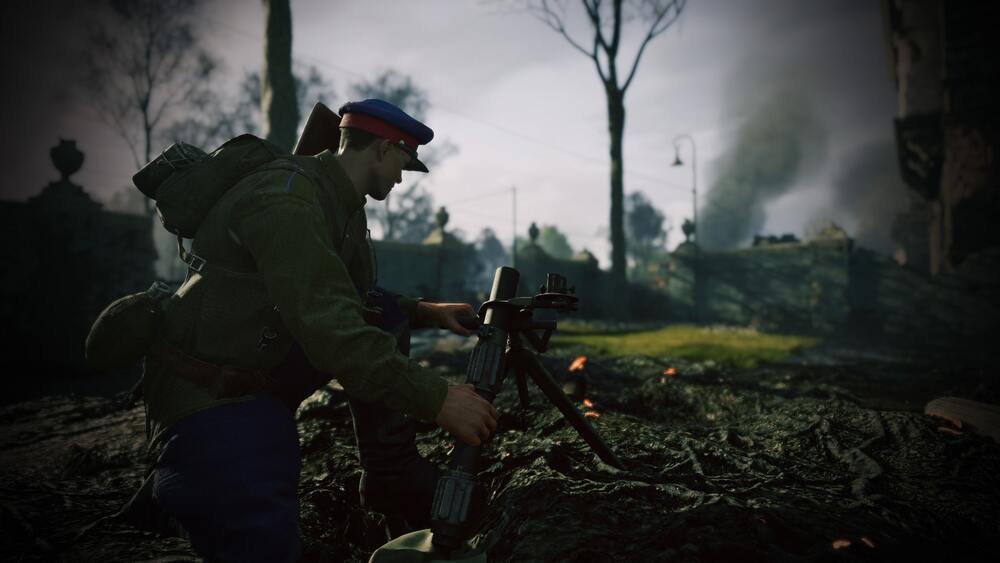 Some squads have specialization in heavy weapons such as mortars. You will be able to place these units in a favorable position and support any offensive or defense, destroying even hidden enemies. The Soviet troops will be able to use the lightweight 50 mm PM-40 mortars which differ from their counterparts in low weight and high firing range. German troops will be equipped with lightweight 50 mm Granatwerfer 36 mortars, first adopted by the Wehrmacht in 1936.

Hint: You can mark detected opponents and vehicles - mortars will see your signal and saturate the enemy with fire. 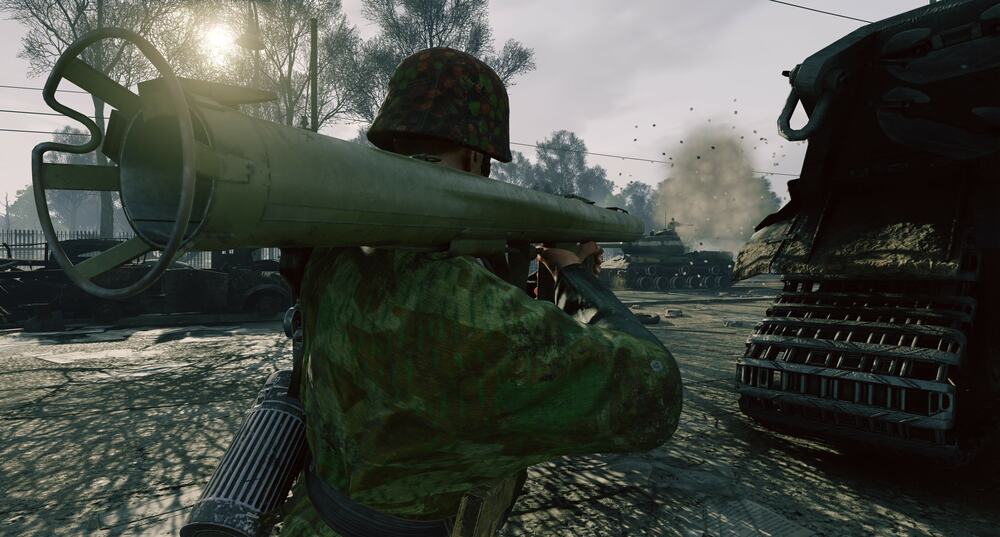 The name is translated as “tank horror”. It is a reusable anti-tank grenade launcher with rocket-propelled grenades with an APHE damaging part. A terrible anti-tank weapon at close range. Use very carefully!

Other modifications presented in Enlisted:

Simple, trouble-free and terrifying weapon! A flammable mixture in a glass bottle. Light and throw.. The mixture is effective for smoking opponents out of hideouts and tankers will have serious problems with their view area.

Have you been set alight? You will have a few seconds to damp the flame down - be ready at all times.

At the end of the war both sides had significantly expanded their arsenal of firearms. This is what you will use among other things to gain victory. 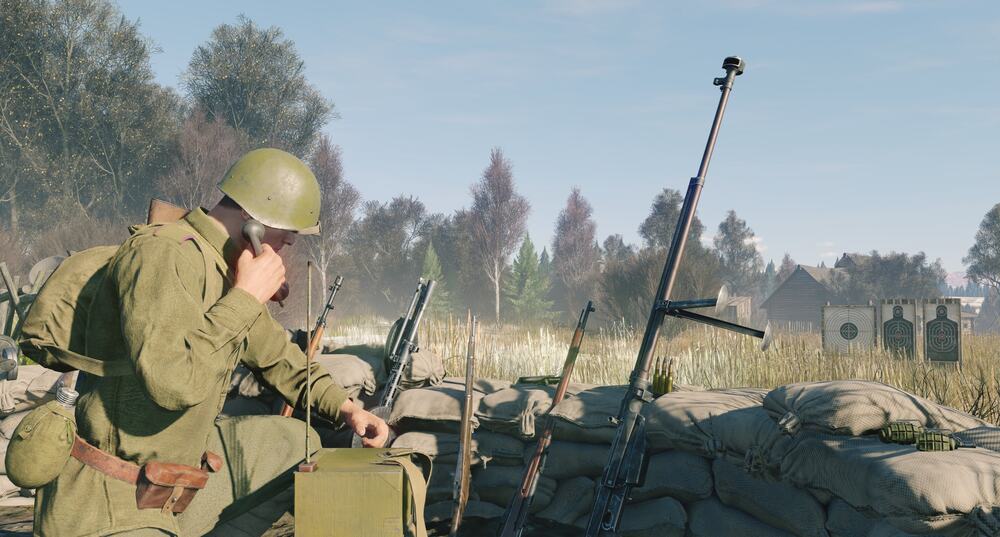 Sudayev’s submachine gun was adopted in 1942 and compares favorably with its counterparts with the presence of a muzzle brake compensator. The version from the 42 has longer barrel length which increases the initial velocity of any bullet.

An experimental model that was tested in real combat conditions. It compares favorably with other Soviet machine guns in fire rate and has an increased amount of ammunition.

This modification allows the use of the “PE” sight. Otherwise the precision rifle with two fire modes remained the same..

The famous Soviet revolver from 1895 has high firepower and is equipped with a drum for 7 bullet rounds. 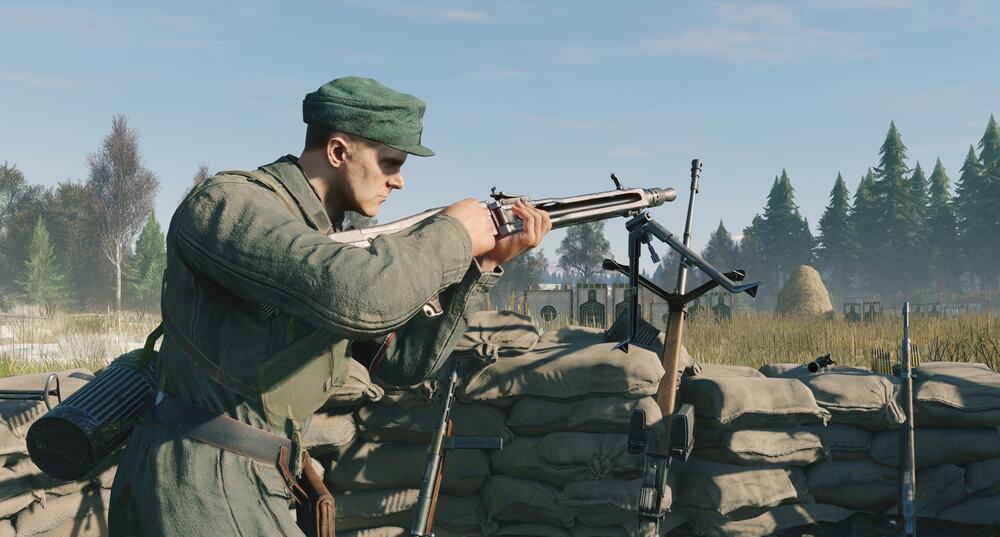 In order to reduce the burden on military industry at the end of war, the Germans began production of simplified modifications for widespread weapons. The VG 1-5 is one example of such an optimization. The weapon was developed in 1944 to equip the German militia and stands out favorably with a large 30 shot ammunition count.

The Kar98k Kriegsmodell modification is a good example of optimisation as well - the removal of the bayonet mounts and cheaper materials didn’t affect the efficiency of this rifle.

The Gewehr 43 is a full-fledged development of the 41 model which as a result became a lighter weapon with a larger effective fire range. Additionally, the Gewehr 43 will also have a sniper modification which will allow you to use the ZF 4 telescopic sight.

The StG 44 was the first German assault rifle to be adopted. Compared to other submachine guns, it has a significantly greater range of fire while maintaining its fire rate.

A bulky and weighty weapon, used by German paratroopers with a choice of firing mode. Was produced in limited quantities.

The Walther PP came to the battlefield directly from the German police. The gun will be implemented in its standard and shortened versions.

The Mauser HSc was developed as a self-defence weapon but in 1940 was adopted by the army. Noting its relatively compact size, this is quite a lethal weapon.