A major Enlisted update is coming that will bring a fifth campaign to our game! In this diary we'll tell you about the exclusive new features of Stalingrad and a new approach to monetization, so you can spend a minimum of effort on leveling up and fully concentrate on enjoying the battles.

— Without microtransactions  with accelerated leveling

In the Battle for Stalingrad, there is no more selling of campaign levels, weapons, soldiers, or indeed, any upgrades for Gold. Instead, there is a long-awaited game format where players progress rapidly, while squads and weapons are already upgraded.

You purchase the full-access pack once and get all of its bonuses forever. For both sides of the campaign.

Rapid progression in the campaign will allow you to concentrate on the fun of battles, not on farming and leveling up.

Open squad, a recruited soldier or purchased weapons are issued already trained and upgraded. It's one step to the maximum level.

Only one full-access pack

Soldiers, weapons, and even campaign levels cannot be purchased or upgraded for Gold! This makes full-access players equal in their military capabilities.

— Without microtransactions, but still free

You can also participate in the Stalingrad battles even if you do not own full access  with normal speed progress - almost just like any other campaign. But some Stalingrad campaign levels are exclusive to Full-Access owners.

Purchasing a full-access pack is possible at any stage of the game and will unlock previously unavailable campaign levels, as well as upgrade all of your available weapons and train all your soldiers to pre-max levels.

In addition to full-access to the Battle for Stalingrad campaign, this pack also contains pre-order bonuses that cannot be obtained after the campaign has been released.

*The Full-Access Pack will become available for purchase on consoles when the new campaign update is released. You’ll get the pre-order bonuses if you purchase the Full-Access Kit within the first two weeks of it going live on the console store.

Exclusive new features in the campaign

These weapons, mechanics, and powerful class of fighters will all be available exclusively in the Battle for Stalingrad for the first time. Check it out!

Fire Power as it is

Instead of shells, these vehicles throw a jet of burning flaming liquid at the enemy - setting anything it touches on fire.

Up to 40 meters! Comparably further than hand-held flamethrowers.

Enough fuel to sustain an offensive for an extended time.

Although flamethrower tanks were not designed to fight other armored vehicles, you can still burn enemy vehicle engines or significantly impair a crew’s clear view.

This is a new weapon for radio operators. Use the radio to summon a squad of bombers where their attack will be more extensive than an artillery bombardment. No matter that you have to wait a little longer for the bombs to fall - the result will be worth it.

Has the enemy called in air power? Get your anti-aircraft guns ready - or climb in a fighter and intercept an air raid before the deadly cargo falls on your comrades' heads.

More than just a support class, the medic can use automatic weapons and will easily perform even at the front lines, promptly helping the wounded.

The Medic carries a large set of medical kits to treat wounded comrades that are marked with a noticeable marker. In addition,  to support the defense, the medic can place a box with first aid kits on the battlefield that every ally can use.

Helpful actions by the medic are rewarded: treating allies and using your first aid box will bring battle points. 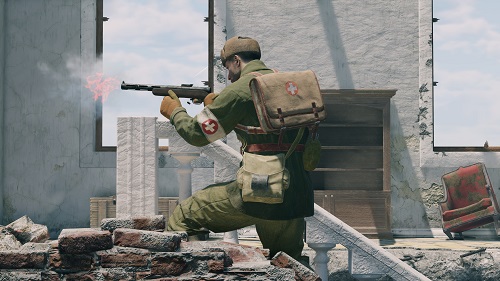 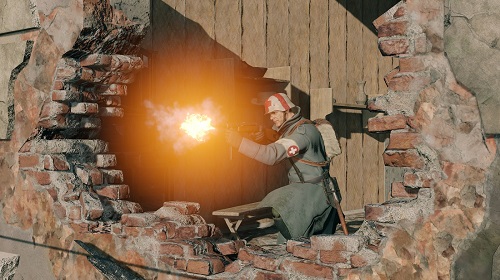 In Stalingrad we will experience many important firearm changes for the first time that may appear in other campaigns in the future.

Weapon performance even of the same class will become noticeably more diverse: the recoil will hit the shoulder and shift the sight to the right, and the soldier will try to control the weapon more actively during long bursts.

The damage of bolt-action rifles at close and medium range will grow significantly: shots will more often lead to an enemy death and at close range, a lethal outcome is guaranteed. On the other hand, damage on submachine guns will decrease a bit.

This feature will be added to all campaigns in the game! We created new shot effects for different types of weapons, and we have also updated shot sounds in 20 Soviet and German weapons.

The remote explosive takes up an inventory slot for a mine, is comparable in power to an explosive pack, and detonates at the touch of a button when you need it! The perfect weapon for effective sabotage.

Fires a capsule with a flammable mix at long range. When hit, the contents of the projectile splatters and burns everything living within a large radius! An excellent weapon for destroying positions that are protected from direct fire.

In Stalingrad, for the first time you can try the new customization system that allows you to change the clothing and equipment of each of your soldiers, as well as apply unusual camouflages and historical drawings to equipment - choose from hundreds of options.

Take a look at Stalingrad

1942. Germany and its allies successfully move deep into the Soviet Union and are about to cut off the USSR's access to the vast region of the Caucasus and its oil fields. One of the most important Soviet cities, Stalingrad, is located in the path of their attack.

This battle has become one of the fiercest during the Second World War, lasted 125 days and influenced the strategic decisions of many of the warring countries. We invite you to personally participate in a turning point in our history. 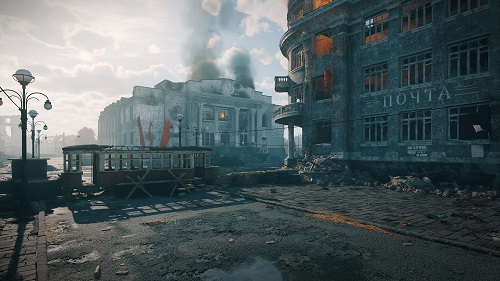 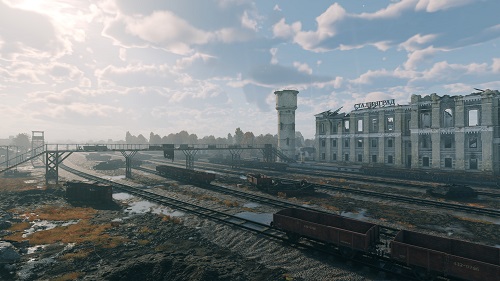 To launch the campaign we have recreated the central district of Stalingrad with its main landmarks: the Railway station, the House of communal workers, the Repnikova House, Executive committee and The Gorky Theater. All these places suffered from regular bombing and shelling, but survived - as the city itself survived under the onslaught of the German army.

Beyond the dusty ruins, on surviving first floors and in the depths of the fortified basements, here and there you will come across traces of life in the struggling city: patriotic signs created by the defenders, places of the wounded shelters, and opulent house decorations that were not damaged by German bombs.

Witness with your own eyes the unbreakable strength of Stalingrad and try not to get shot by a sniper.