Originally an April Fool’s joke from developers of squad-based MMO shooter Enlisted, CuisineRoyale is now released as a stand-alone title.

30 players per session in total will head out from different parts of the map, starting only in their underwear and making their way to the centre of a battlefield that is constantly shrinking in size. The main battle will take place at the end of the match, where only the best survivors face off against each other using the most powerful equipment they were able to gather.

Dinnerware will finally be able to show off its true potential - only in Cuisine Royale! 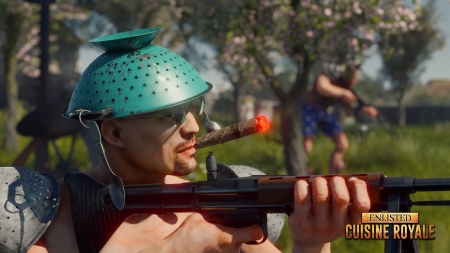 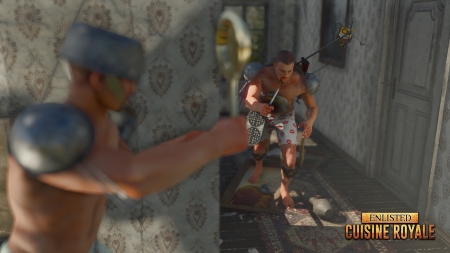 Previously pots and pans and kitchen utensils  have been long overlooked in terms of their combat capabilities in other games, and were only used by players who failed to find  weapons, but you should definitely pay more attention to them in Cuisine Royale.

A direct hit with a frying pan will have a devastating effect, players can use a colander as head protection, equip a wok as a formidable breastplate, or strap on a massive waffle maker to be protected even against the largest calibres of weapons.

The most honest system for Loot Boxes 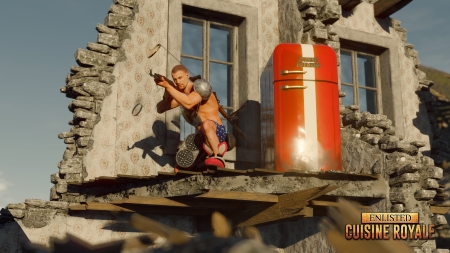 For the first time in the history of computer games  - free loot boxes. Those are scattered around the battlefield, and are free to open, their content is well labelled, and the drop chance of what is said to be inside is a 100% guarantee. Scavenge the battlefield for other items that will help you in combat - equipment, food etc. Thus a medical dropper, for example, will provide the player with accelerated health regeneration and chewing a cigar will turn the player into a real Tough Guy able to withstand twice the amount of physical punishment!

The most fancy panties - only in Cuisine Royale! 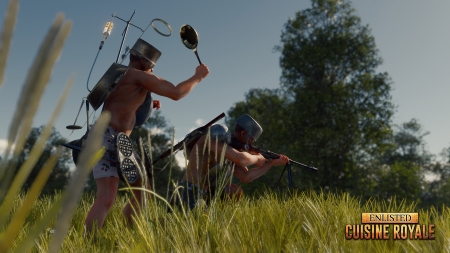 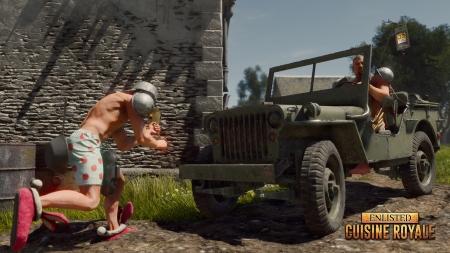 This ain’t no Joke! Try them on and good luck on the battlefield.

Ready your wartime recipes and aim for three stars in Cuisine Royale, the all-kitchen-warfare Battle Royale MMO shooter. Everyone cooks his own victory!